Skip to content
How to use this app. How to find a camera?

Move app near to any suspected device that you have doubt. For example – shower, flowerpot, lens, mirror looking part or changing room mirror.

This hidden camera app analyses the magnetic activity around the device. If magnetic activity seems similar to that of the camera, the app will beep and raise alarm for you so that you can further investigate. 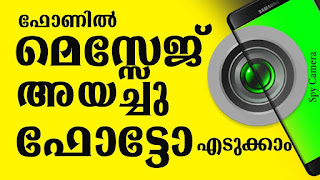 You can verify more