Skip to content
Vodafone-Idea Wants You To Pay Rs 1,000 Monthly For 1GB Data Per Day 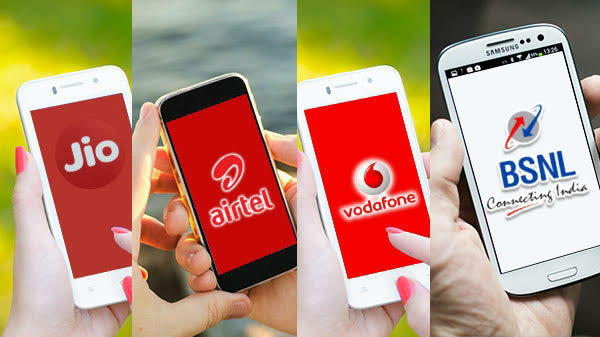 Vodafone-Idea has to pay Rs 1,000 per month to get 1GB of data per day In December 2019, private telecom companies increased their tariff rates.  The tariff hike came after many years.  With the coming of Jio, the competition in the market has caused a severe financial crisis for telecom operators.  To overcome this, companies have increased tariff rates.
The companies were aiming to increase the average revenue per user (ARPU) through the December tariff hike.  Increasing the ARPU was not enough to offset the financial woes of the companies.  Bharti Airtel and Vodafone Idea are in a tough situation due to their AGR dues.
Vodafone Idea has come out with a demand for the government to fix the base price of tariffs when its survival is at stake.  Earlier, all companies had approached TRAI to demand for a basic tariff slab.  When TRAI decided to set a base rate a few years ago, private companies opposed it.
Read more: Change in Airtel International Roaming Plans
Vodafone Idea has asked for a base price of Rs 35 per GB data.  Currently, the user pays between Rs 4 and Rs 5 per GB of data, depending on the tariff rates of telecom service providers.  Vodafone has also demanded a monthly connectivity charge of Rs 50 per user.
Vodafone also asked the government to raise the rate of 6 paise per second for voice calls in addition to data and connectivity charges.  Vodafone Idea has recommended the government to reform the existing tariff rates in the telecom market in India.
No telecom operators in India currently charge monthly connectivity charges from customers.  Under this new recommendation, if the government intervenes and imposes tariffs, the user will have to spend up to Rs 1,000 per month for data and voice recharge plans.
Read more: Tariff hike contributed to BSNL’s slowdown
Jio and Airtel are currently offering prepaid plans with a validity of less than Rs 2,000 a year.  The plans offer free voice calls and at least one GB of data per day for a full year.  According to the recommendation of Vodafone-Idea, the user will have to spend Rs 1,000 per month on benefits other than voice benefits.
Will the government consider these recommendations?
The Vodafone Idea tariff hike is unlikely to be considered by the central government.  Vodafone Idea is a company that has suffered huge losses over the past few years and has been shutting down India.  Therefore, it cannot even be considered that this is for the benefit of the telecom market.
Given the current situation, Airtel and Jio Telecom will survive the current financial crisis and remain the leading telecom companies in India.  A slight increase in tariff prices can be expected from these companies.  There is no possibility of increasing tariff rates in India to the level recommended by Vodafone.
Post Views: 57