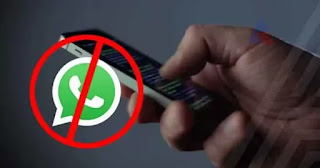 Whatsapp New Update 2019 WhatsApp won’t work on these phones in 2019
Facebook-owned WhatsApp has been dropping support for dated devices and operating systems (OS) from time to time and now it is ending support for iOS 7 and older versions, Android 2.3.7 and NokiaSeries 40 (S40). WhatsApp had announced a few years ago that it would stop services for these systems along with Nokia Symbian S60, Windows Phone 8.0, BlackBerry OS and BlackBerry 10.
One of WhatsApp’s official blog states, “The decision was taken because we will no longer be actively developing for these platforms and some features might stop functioning at any time. When we look ahead to our next seven years, we are looking to focus our efforts on the mobile platforms that a vast majority of people use. These platforms/phones don’t offer the kind of capabilities WhatsApp needs to expand its features in the future.”
“Mobile operating systems offered by Google, Apple and Microsoft which account for 99.5 percent of sales today were on less than 25 percent of mobile devices sold at the time,” it read.
Nokia series 40 had included Nokia 206, Nokia 208 and Nokia Asha devices including Nokia Asha 201, Nokia Asha 205, Nokia Asha 210, Nokia Asha 230, Nokia 301, Nokia 515, Nokia Asha 502, Nokia Asha 503, Nokia Asha 500 and Nokia Asha 501.
There is no way that you can still use WhatsApp on these phones and you will have to buy a new device running on the latest OS, be it Android or iOS, in order to access your WhatsApp account.
Watch Video
Post Views: 199