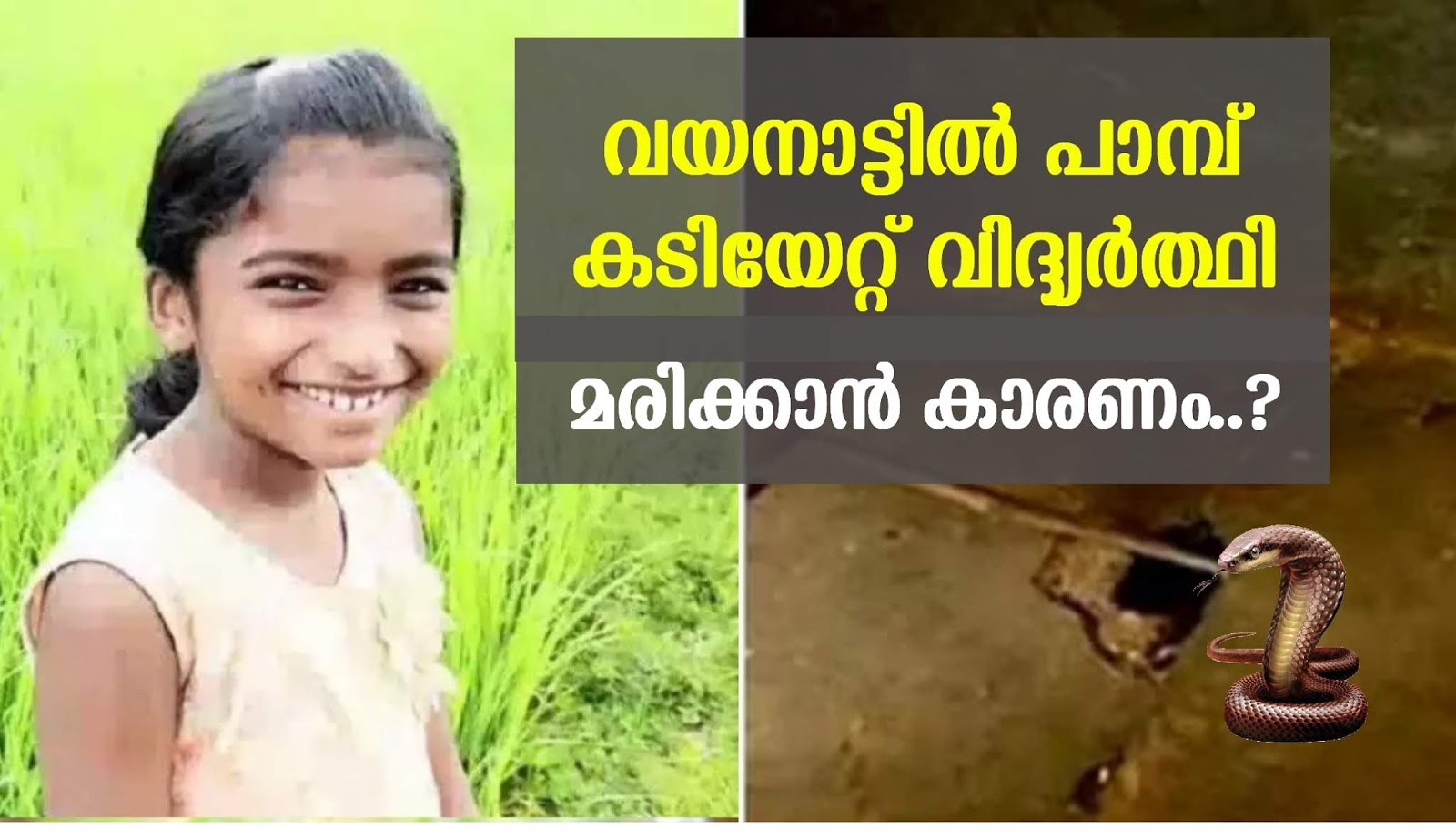 Sheh La died from snake bite at class  Doctors at the hospitals that took him to the hospital did not give the child any antiviral treatment.  Doctors say this is the cause of death.
He said the boy’s foot was trapped in a ditch and there was a small wound.  The incident was reported to school officials at 3.36pm.  Shahla’s father, Adv.  Says Aziz.
Shajil, a teacher at Bathery Sarjana Vocational Higher Secondary School, has been suspended for allegedly delaying the child’s hospitalization.  A doctor at Bathery Taluk Hospital has been suspended for delaying treatment and for failing to provide any anticancer treatment.
Classmates said the student was not taken to the hospital at the time.  Her classmates say that the boy was bitten by a snake after being bitten by the nose for four hours.  The students told the media that Shahla Sher was taken to the hospital after the child’s parents came.
Shahla Sherin, a fifth grade student, was bitten by a snake in her class last week.  The boy was bitten by a snake lying in the wall adjacent to the wall of the classroom.  Shahla’s leg was found at 3.15 am.  With this she wept.  After a while, the feet turned blue.  Shahla himself had said that the snake had been bitten.  Still, no one was taken to the hospital.  Teacher Shajilin argued that it was the nail on the leg.
The other teachers rebuked the teacher who told her to be taken to the hospital immediately.  “Even though we cried and cried all the time, no one seemed to care,” the students say.  Students say the child was taken to hospital after the national anthem, which is often heard before leaving school.
Following Shahla’s death, protests at the school continue.  Many students, including parents, have come to the school to protest. Students say that teachers are not allowed to wear sandals when entering class.  The children also point out that teachers have repeatedly explained the need to keep the classroom clean.  In the meantime, there have been several scenes that show that the classrooms of the school are not safe.  Several stools were found in the classroom.
The principal has denied the allegations against the school authorities.  Principals say that steps have been taken to ensure that the child is treated well in time.  The child was taken to the primary care center just before four o’clock.  At that time there was only a junior doctor.  The baby was vomited and confirmed to be a snake bite.  He was immediately taken to the Kozhikode Medical College Hospital.  A district education officer has been assigned to investigate the incident, the district collector said.
The Child Rights Commission has voluntarily filed a case in the wake of Shahla’s death.  The Commission has also directed the District Collector, Police Chief and the Deputy Director of Education to investigate.  The report was ordered to be submitted within 15 days
Post Views: 74