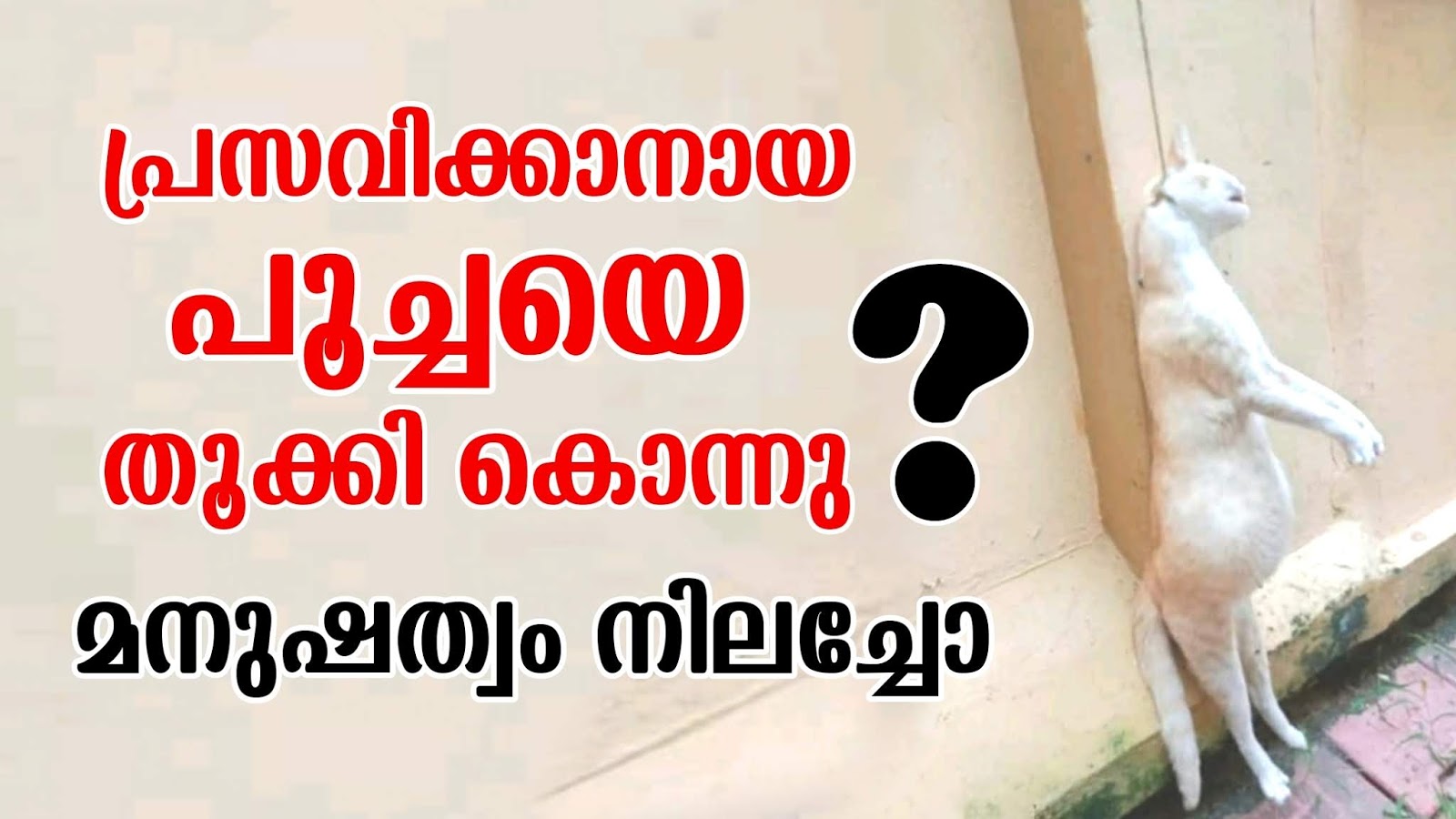 On November 11, 2019
News of a cat’s death as pain in the capital.  Some of the social harassment is the sight of a pregnant cat hanging from the neck of a pregnant cat with a plastic rope hanging on an iron pillar.  Widespread protests by animal lovers on social media against cruelty have sprung up.  The woman, a volunteer who received information that the cat had been killed, had to be rushed to the spot by police.  At first, the police filed a complaint with the police.  Trivandrum, a leading social media group in Thiruvananthapuram, published the Facebook post on their Facebook page.  Hundreds of people came out in protest.  Locals have responded to the attack by posting a picture of their own cat.
Parvathi Mohan, the campaign coordinator of the Federation of Indian Animal Protection Organizations, Trivandrum.  They lodged a police complaint with evidence of this atrocity.  Police have taken the case.  Various sections of the Prevention of Cruelty to Animals Act have been filed.  Cat’s body sent for postmortem  It is not clear who did it.
Parvathi Mohan said that he had arrived at the spot as one called.  The cat was found tied up in a building used by people in the vicinity of a house as a club.  A retrieval.  The building is owned by the Major.  When asked about the incident, he and his wife responded differently.  Though the police came to investigate, they did their best to put the informant on their side.
Parvati explained that some of the club members immediately came and became angry with her and pressured her not to complain.  He had then summoned Lata Indira, the secretary of the organization, and the two of them went to the Vanchiyoor station and lodged a complaint.  The police showed a lack of interest but were eventually able to file a complaint.  Two policemen came to the scene and did paperwork on the complaint.  The girl’s body was later shifted to a PFA shelter in Valiyarlatha.
She added that the people in the club believed the cat had done this cruelty because no one else could get into its compound.
Post Views: 97