Skip to content
Kerala has seen many political fights. Even violent fights between activists of the party. But now the state is witnessing a unique clash. A clash between BJP and Mohanlal fans. The main thing is that in many of the fans are BJP supporters. 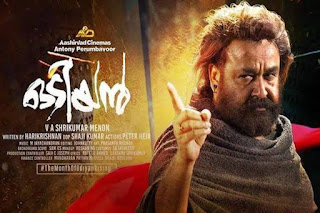 Even though the doctor who treated Venugopalan Nair has told the magistrate that he ended his life because of personal reasons, BJP decided to call for a hartal claiming that the deceased person was their supporter. It should also be noted that Venugopalan Nair had not talked about Sabarimala issue while giving his final statement.

As it is early announced that Superstar Mohanlal’s most hyped film ‘Odiyan’ will release tomorrow.The film which is early decided to release on October 11 but was postponed as a rearrangement that the various film associations request, to avoid a clash of fils, due to the massive flood that hit Kerala.