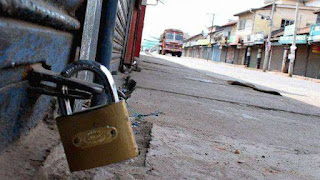 The 48-hour General Strike, which starts tomorrow, will trim the revenue loss of Rs 2,000 crore to the exchequer. After a loss of over Rs 10,000 crore in different areas of hartal and violence, General Strike comes to the edge of the treasury.
In the national strike, this would be a ‘big success’ in Kerala. All the manufacturing sectors will be stagnant to the exchequer. All the trade unions of the ruling Left Front are also struggling with protests.
The annual income of the state is Rs 4.5 lakh crore. 1232 crores per day.
If the KSEB and the Water Authority are closed, the loss will be around Rs one crore. That figure loses over Rs 2,000 crore in two days.
Traffic will be adversely affected by tourism. As it is the season, there are many foreign tourists in all tourist destinations. After the KSRTC and private bus stops, the hartal will be impressive. The ordinary people can not go out. The strike has been issued by indefinite strike workers’ unions in KSRTC from this month onwards. That’s the two-day strike. The ministers’ office will not work. In the Secretariat and other government departments, attendance will be below 30%. The file will be delayed by two more days. Educational institutions will stand. The disaster and hartals are still two days old for compulsory teaching days. Students preparing for the Class X examination will lose their Class two days.
The first national strike was called in 1991
The first national strike was in protest against the liberalization policies brought by Manmohan Singh as Union Minister.
CITU Held on November 21, 1991 under the leadership of joint trade unions of left-wing outfits.
 today is the 17th general general strike.
A 48 hour strike was held on February 20, 21, 2013
Two-thirds of the two-day strike since the Mamadi government came
(2 September 2015, 2 September 2016, January 8, 9, 2019)
Strikes in 2018
Motor vehicle strike on Motor Vehicle Amendment Bill
On August 30 and August 7, the vehicle strike took place
General strike in the State 2 Central Employment Law Amendment Act
General Strike has achievements. Privatization in all areas has been prevented. Resistance attempts to change labor laws’
KKDivakaran is the national secretary of CITU.
The two-day strike will be a major blow to tourism.
– G. Sudheesh Kumar, the patron,
Kerala Hotel and Rostong Association
Post Views: 82