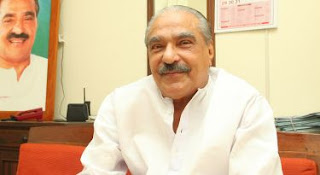 Kerala Congress (M) chairman KM Mani passes away
9 Apr 2019, 05:10 PM
Kerala
Chanakyam, Kerala Congress (M) chairman and former minister KM Mani (86) passed away here on Sunday. He was rushed to a private hospital in Ernakulam. He was undergoing a lung surgeon after a lung ailment. The condition of the hospital was worsening. Pala is MLA.
His health improved in the morning but he was seriously ill again at 3 pm. Heart rate and blood pressure decreased steadily. The man was admitted to a hospital on Sunday. He is also the state legislator of the state, the longest-serving Finance Minister in Kerala. Mani, a lawyer, has also written several books.
Most of the ministers, the longest serving MLA, the number of cabinet members, the finance minister presented by the highest budget, the man who has been the finance minister and the man who has been dealing with the legal department for many years. He is the MLA of the constituency since forming the Pala constituency in 1964. Mani has also won the most from the same constituency.
Chief of Staff at Ernakulam Shore Hospital. Mohan Mathew KM Mani informs the media about his death. -Potto: MV Synonym.
Political career started with Congress. From 1960 to 1964 Kottayam DCC was secretary.
He is survived by wife Annamma (Kuttiyamma) and son K Mani Rajya Sabha member. Other children: Elsa, Anne, Sally, Tessy, Smitha.
The body will be brought to Palai from the hospital by tomorrow morning. Kottayam will be postponed to the party office tomorrow. Then I put home for public vision.
Post Views: 65